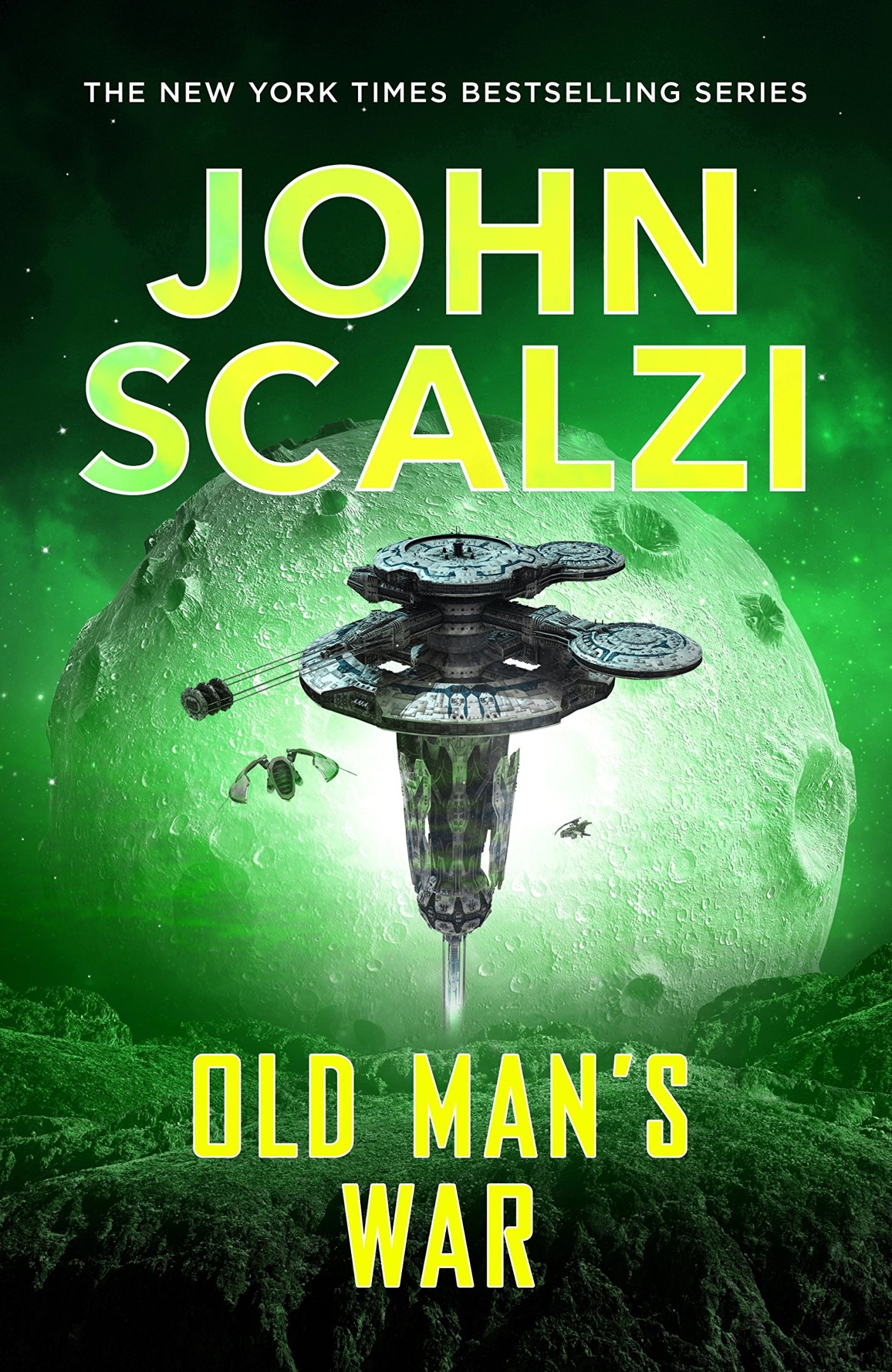 I read a paperback edition of Old Man’s War.

At seventy-five years old, John Perry is after a fresh start – so, naturally, he joins the army. Earth’s military machine can transform elderly recruits, restoring their lost youth. But in return, its Colonial Defence Force demands two years of hazardous service in space. This is how Perry finds himself in a new body, crafted from his original DNA. A genetically enhanced and upgraded new body, ready for battle.

But upgrades alone won’t keep Perry safe. He’ll be fighting for his life on the front line as he defends humanity’s colonies from hostile aliens. He’ll pay the price for his choices, and he’ll discover the universe is even more dangerous than he imagined.

This was such a fun read! I love it when science fiction novels feel effortless to read. When the gap between the reality we live in now and the futuristic setting doesn’t feel like an overwhelming mental leap and needs hundreds of pages of world-building for anything to make sense.
Old Man’s War is a fast and brilliant read without taking away the depth and cleverness.

We get to be inside the head of John Perry when he decides to join the war at the age of 75, leaving everyone and everything he knows behind. With his new body, he’s able to do things he either hadn’t been able to do for years or never been able to at all. But Perry is in no way immortal, and we get to follow him into wars against alien creatures where he questions their missions and their outcome.

I loved Perry as a character and it was an absolute joy to be on his side at the beginning of what could potentially be quite a long and challenging adventure.
I also really enjoyed the original and clever dialogues.
It’s a story with a perfect balance of humor, action, and a tiny bit of romance.

I would highly recommend Old Man’s War if you enjoy science fiction. It’s a fast-paced and brilliant read that can be read as a stand-alone if you want to, but might get you hooked on the universe. You have been warned!

I picked this up while browsing in a bookstore in Oslo, having never heard of this book before, but I had enjoyed some of Scalzi’s other books. I had no idea that picking this one book up would get me hooked on a new series that even has a couple of other series that exists in the same universe. Scalzi, I guess you and I are in this for the long haul!
I can’t wait to get my hands on The Ghost Brigades and find out what happens next!