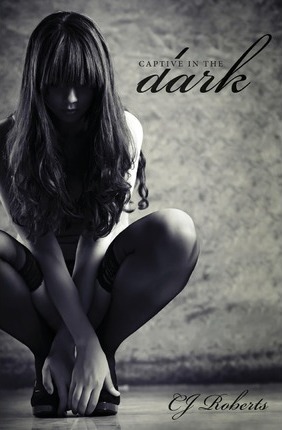 I read a paperback version of Captive in the Dark. This is the first book in the Dark Duet series.

Blurb by the publisher:

Caleb is a man with a singular interest in revenge. Kidnapped as a young boy and sold into slavery by a power-hungry mobster, he has thought of nothing but vengeance. For 12 years he has immersed himself in the world of pleasure slaves searching for the one man he holds ultimately responsible. Finally, the architect of his suffering has emerged with a new identity, but not a new nature. If Caleb is to get close enough to strike, he must become the very thing he abhors and kidnap a beautiful girl to train her to be all that he once was.

Eighteen-year-old Olivia Ruiz has just woken up in a strange place. Blindfolded and bound, there is only a calm male voice to welcome her. His name is Caleb, though he demands to be called Master. Olivia is young, beautiful, naïve and willful to a fault. She has a dark sensuality that cannot be hidden or denied, though she tries to accomplish both. Although she is frightened by the strong, sadistic, and arrogant man who holds her prisoner, what keeps Olivia awake in the dark is her unwelcome attraction to him.

This is one of the books that I chose to read for my Exploring Erotica project, after it was recommended to me.

I don’t think I’ve ever had as much problem making up my mind and reviewing a book as I’ve had with this one so my thoughts might be a little bit all over the place.

I found this story to be highly problematic and somewhat interesting at the same time. It tells the story of human trafficking, which I think is an important subject, but also an extremely dark one. That is why I find it problematic to have a story where a captive, young, virgin who feels (at times) attracted to her captor. Of course, there might be a kind of Stockholm syndrome argument to all of this that might be very realistic. I don’t know enough about the known psychological aspect of kidnapping/trafficking to say anything about that. But even so, I couldn’t get into the “emotional bond” that was built between the two characters in this book.

That being said, I really liked the way C.J. Roberts built the suspension in her story, and the characters really had a lot of development throughout the book. I also did like her writing style.

All in all, I guess I probably won’t continue on with the series because it isn’t for me, but I would love to read something else by her.

So that is why I find this one hard to review. I don’t hate it, but I don’t love it. I find it well written, but problematically executed. I like how the characters, but not their relationship. It’s a mixture of a lot of emotions, and therefor somewhere right in the middle.

Do you want to make up your own opinion about the book?

Click on the Book Depository logo below to go and get your own copy!