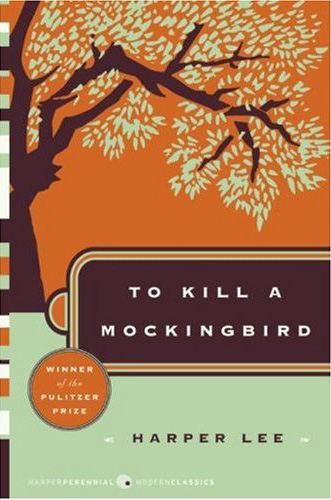 To Kill a Mockingbird definitely falls into the category of classics and it’s been on my to-read list for some time now. I finally had the time to get through it now and I have no trouble seeing why this novel won the Pulitzer Prize. 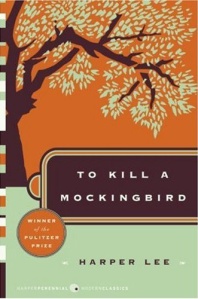 The story is set in Maycomb, Alabama, (1933-1935) and is written from the perspective of Jean Louise “Scout” Finch, the youngest member of the Finch-family. She lives with her father Atticus and brother Jeremy Atticus “Jem”.

In the beginning of the story Scout is six years old and starts school. On Jem and Scout’s way to school they pass the Radley place where “Boo” Radley lives. Few have seen him over the years and the kids of Maycomb feed their imagination with stories and theories as to who Boo is and why he doesn’t come out of his house. They even conspire with their friend Dill to try to lure him out of his house.

The town judge appoints Atticus to defend Tom Robinson, a black man accused of raping a white girl. This starts a chain of events and both Scout and Jem struggles to not get into trouble trying to defend their father.

I found the character Scout to be interesting. The way she has been brought up in a society where they’re taught that black people are not the same and not with the same rights as the white and now must question it all.

Atticus tries his best to teach his kids about justice and not judging people by their color even though so many do.

Scout and Jem are bullied at school and other places in town because of the upcoming trial and they find ways to protect and support each other through it.

To Kill a Mockingbird is an amazing story of family, love, justice and prejudice. It is hear breaking and lovely at the same time. A book that made me extremely emotional. Had me laughing, angry and at the verge of tears.

An important novel that tells the cruelty of racism and even though the storyline is set in the 30s this is still an important issue. I absolutely loved the writing, the story and the characters! Definitely recommend it!

A couple of my favorite quotes from To Kill a Mockingbird:

“Until I feared I would lose it, I never loved to read. One does not love breathing.”

“They’re certainly entitled to think that, and they’re entitled to full respect for their opinions… but before I can live with other folks I’ve got to live with myself. The one thing that doesn’t abide by majority rule is a person’s conscience.”

If you would like your own copy of To Kill a Mockingbird you can CLICK HERE or on the picture below:

Have you read To Kill a Mockingbird? What did you think? And do you have other favorite classics?