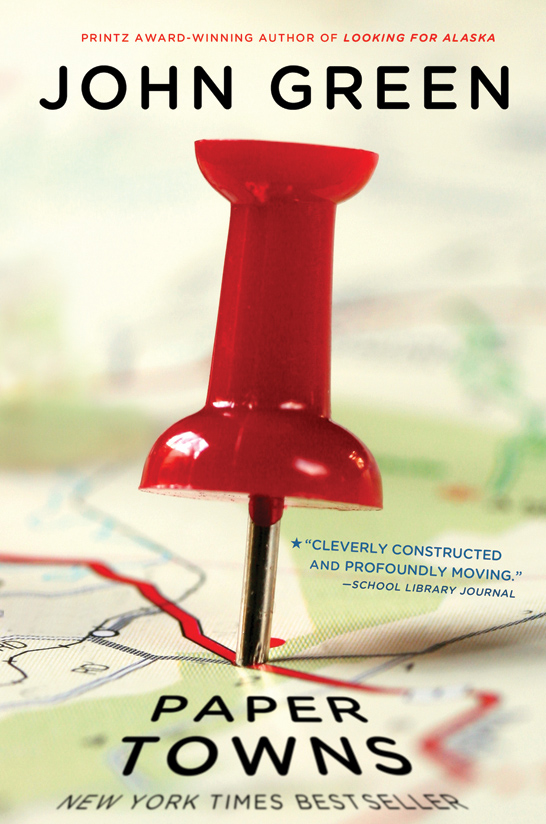 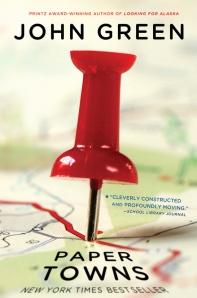 When Margo Roth Spiegelman beckons Quentin Jacobsen in the middle of the night—dressed like a ninja and plotting an ingenious campaign of revenge—he follows her. Margo’s always planned extravagantly, and, until now, she’s always planned solo. After a lifetime of loving Margo from afar, things are finally looking up for Q . . . until day breaks and she has vanished. Always an enigma, Margo has now become a mystery. But there are clues. And they’re for Q.

After reading The Fault in Our Stars I found myself really fond of John Green. I was already a follower of his shows on YouTube but the way he writes is what fascinates me the most. Now with my tendonitis being as bad as ever I can’t manage to write a lot (let’s call it occupational hazard) so I do a lot more reading. Because of this (and most of my books being stuck in storage) I had to go out and stock up on some new ones. This is where I came across Paper Towns and I was immediately intrigued. His way of writing makes his novels an easy read but still it has depth and humor. The pages turned quickly and the smiles came often.

We get to know Quentin, a young boy who thinks that being bores isn’t really that boring. He likes routines and gaming with his best friends Ben and Radar. But there’s also Margo. Margo lives next door to Quentin and is the complete opposite of him, adventurous, beautiful and somewhat a mystery. They used to be friends as kids but now they don’t hang out together anymore.

Then comes the night when Margo takes Quentin along on an adventure of revenge over the people she thought were her friends. The next day she is gone.

Quentin follows her clues and struggles to focus on anything other than finding her. But finding her is not only finding a particular place, it also finding out who Margo really is. She is a mystery that keeps on growing and changing by each clue.

I enjoyed this book very much and I definitely recommend this one as a good early autumn read. It will move you and make you smile.

One of my favorite quotes from the book:

“That’s always seemed so ridiculous to me, that people want to be around someone because they’re pretty. It’s like picking your breakfeast cereals based on color instead of taste.”

If you would like your own copy of Paper Towns you can CLICK HERE or on the picture below: